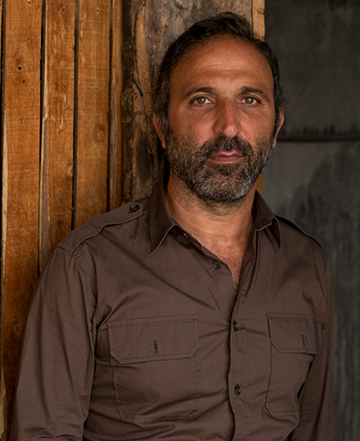 Graduated from the Paris-Villemin School of Architecture where he taught theory after graduating in 1997, Youssef Tohme worked between 2000 and 2006 in several Parisian agencies including the agency AJN (Ateliers Jean Nouvel). Meanwhile, he leads private projects in Lebanon including the ‘Campus de l’innovation, de l’économie et du sport (USJ)’ in Beirut in association with the agency 109 architectes. Winner of the Young Arab Architects Competition (CA'ASI, Institute of the Arab World, Paris, 2012), the jury mentions: "In Youssef Tohme’s projects ... he shows us how the symbiosis between tradition and modernity can redefine the architectural space, gives it a breath, yet precisely marked by innovation.”

In 2008, he founded Y.Tohme/Architects in Beirut. Surrounded by a team of Lebanese and international architects, he aims to articulate his theoretical and technical research with his practice in the context of architectural and urban projects. According to Youssef Tohme, "The social mixity, the liberty, the in-between, the silence, the pullout and the landscape are all topics that the agency is studying to develop its projects. The architecture that touches us speaks of the world in which we live. We try to understand this world in a social, economic, political and philosophical way. Reflections on society, territory, and writing arouse our interests: we question their relationships and try to reinterpret the architecture, to appropriate it, to adapt it. "We speak rather of habitation structures, relations, uses, atmosphere, appropriation, and not of houses such as Villa T, Villa SC, and Villa M ... and questioning about programs and contexts such as the disaster center of the BLF Bank, a residential tower in downtown A599, a resort by the sea HAT, and the new headquarters of PSLAB in Beirut.

On the international scale, a number of cultural, residential and urban buildings are under development such as MARe 'Museum for Modern and Contemporary Art Romania in Bucharest, ALZORAH Marina Square residential complex in Ajman, or Cambridge School in Bucharest.

In 2012, YTAA – Youssef Tohme Architects and Associates wins the urban planning competition launched by the Bordeaux Municipality for the redevelopment of the Brazza Nord district, a former industrial wasteland of sixty hectares. In this project, the agency worked on the concept of the unforeseen in the formation and evolution of a district, and on the concept of landscape as urban infrastructure as well as on the concept of ‘Volumes Capables’ and several types of habitats as the essence forming the identity of Brazza.

In 2013, Youssef Tohme was appointed the curator of Agora 2014, a Biennial of Urban Planning and Design Architecture which took place in Bordeaux in September 2014 and which raises the question of public space. Meanwhile, he publishes the book 'Intensive Beirut', an illustrated essay that mixes urban reflections on the Lebanese capital to the experiences of the agency's projects, committed to reopening the debate on the architecture in Lebanon.

In 2015, he was awarded "La médaille de l’urbanisme" of the Academy of Architecture of France for his work around the Bordeaux region.

In 2016, YTAA wins the development of 120 units housing project in Nantes, France including an 11-floors wooden tower.

In January 2018, Youssef Tohme is admitted to the ‘Académie Française d’Architecture’. The agency is finalist for the competition of 'Bruneseau' a project of 150,000 sqm that connects Paris to Ivry and the project of 'Vannes', a port city in Brittany.

At the same time, he continues to lecture in several countries to explore themes that feed and develop the work of YTAA.